Here we suggest you three different long tours to choose. All of them have an amazing and unique beauty.

- The Samariá Gorge is a National Park of Greece since 1962 on the island of Crete – a major tourist attraction of the island – and a World's Biosphere Reserve.The gorge is in southwest Crete in the regional unit of Chania. It was created by a small river running between the White Mountains (Lefká Óri) and Mt. Volakias. There are a number of other gorges in the White Mountains. While some say that the gorge is 18 km long, this distance refers to the distance between the settlement of Omalos on the northern side of the plateau and the village of Agia Roumeli. In fact, the gorge is 16 km long, starting at an altitude of 1,250 m at the northern entrance, and ending at the shores of the Libyan Sea in Agia Roumeli. The walk through Samaria National Park is 13 km long, but one has to walk another three kilometers to Agia Roumeli from the park exit, making the hike 16 km long. The most famous part of the gorge is the stretch known as the Gates (or, albeit incorrectly, as "Iron Gates"), where the sides of the gorge close in to a width of only four meters and soar up to a height of almost 300 meters (980 feet). The gorge became a national park in 1962, particularly as a refuge for the rare kri-kri (Cretan goat), which is largely restricted to the park and an island just off the shore of Agia Marina. There are several other endemic species in the gorge and surrounding area, as well as many other species of flowers and birds.

- Balos beach - lagoon is located on the northwestern corner of Crete, 53 Km from the city of Chania and 15 Km from the town of Kissamos.Balos is an exotic beach-lagoon formed between the peninsula of Gramvousa and cape Tigani while further to the north lie two islands, Imeri Gramvousa and Agria Gramvousa. Balos beach & lagoon as well as the island of Imeri Gramvousa can be reached by cruise ship that departs from the port of Kissamos. Also you have the ability to come here by yourself, driving up to a point and then continuing on foot.

- Elafonisi beach is located 76km west of Chania and 5km south of Chrysoskalitisa Monastery, in the southwesternmost point of Crete. Elafonisi is an oblong, which often "breaks" in two parts by water giving the impression of being a separate island. Elafonisi is a Natura 2000 protected area. The island is full of dunes with sand lilies and jupiners (like-cedars trees). The endangered turtles careta careta and several rare animals nest on the island and it is strictly forbidden to remove any plants, animals and sand from the area. Exotic beaches with white sand and turquoise waters, reminding of the Caribbean, are formed on either sides of the peninsula. The sand is pinkish in many places, taking its color from thousands of broken shells. Near the “breaking” point of the peninsula, the water does not exceed 1m, creating a small lagoon, ideal for children. You can easily cross the lagoon in order to reach the “island”, having your staff with you, because the water is very shallow there.The eastern side of the beach, in front of the lagoon, is well organized and has the most people. There are umbrellas, showers, lifeguards, snack bars and changing rooms. Also, near the beach there is a huge area for parking and, even further, a few rooms to let. Opposedly, the beaches on either sides of the island are less crowded and are the most beautiful, with amazing azure colors. If you want to stay completely secluded or nude, you can walk along the peninsula until you find a quiet cove that you like! There are always many coves available for naturists. 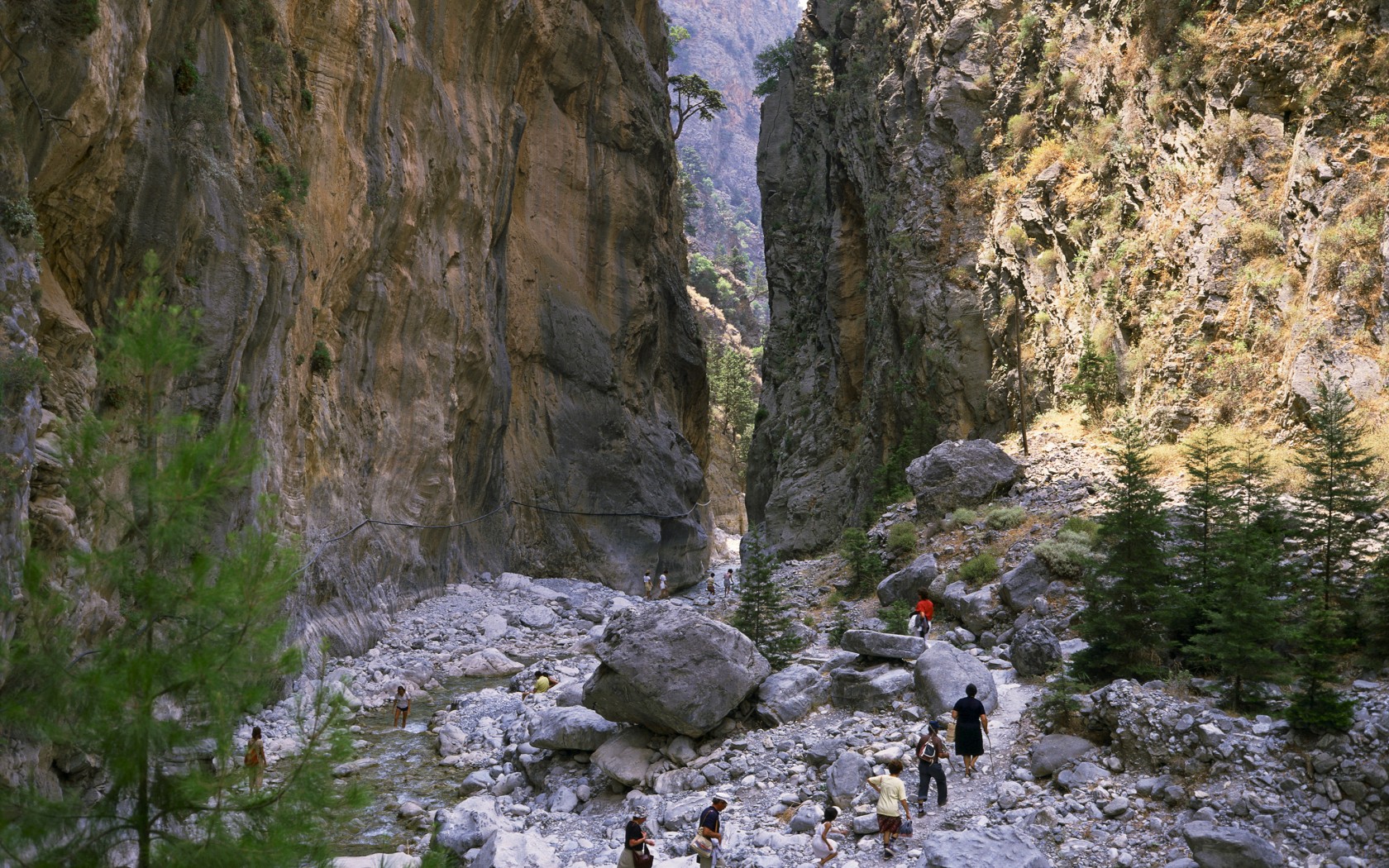 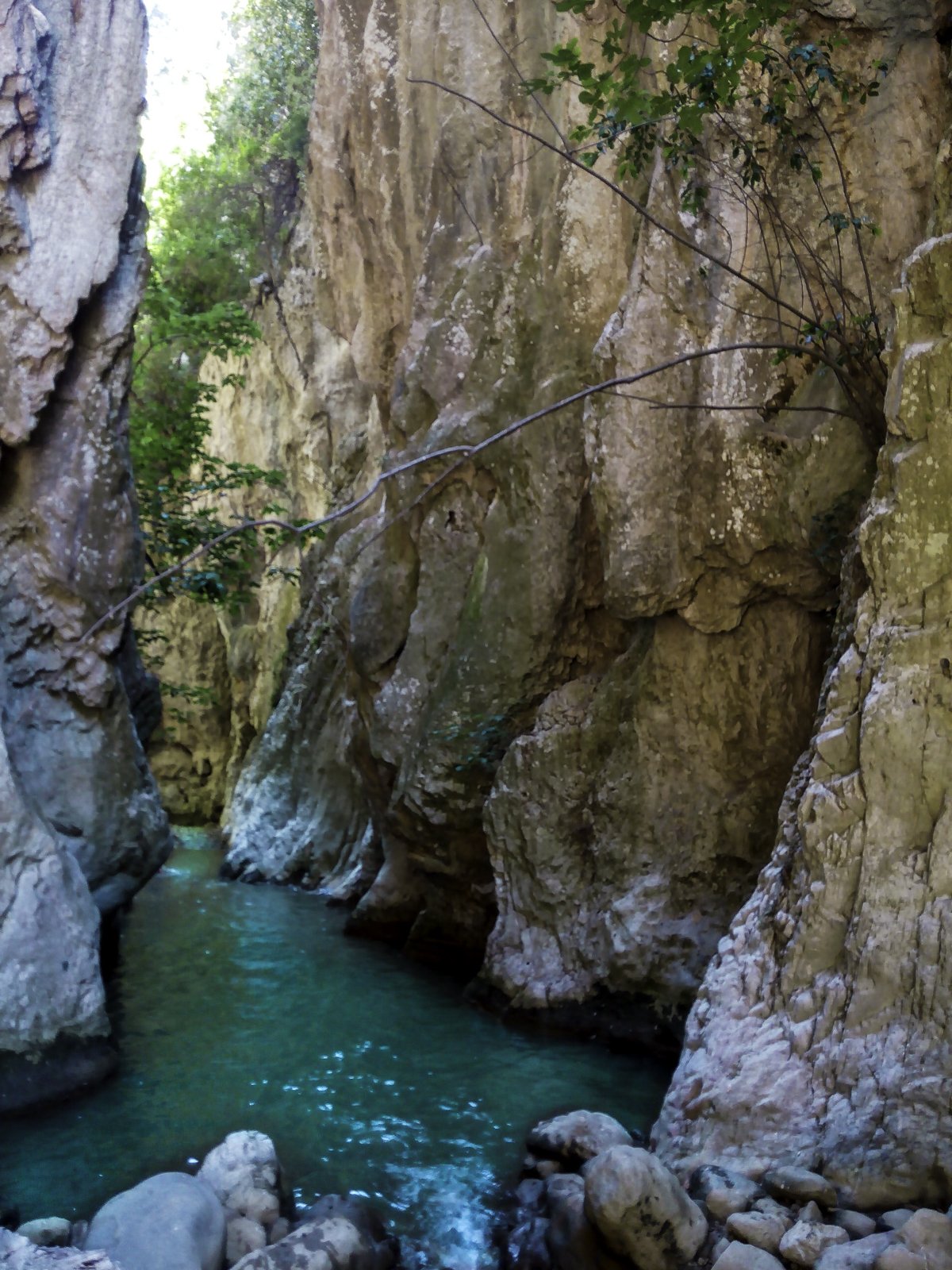 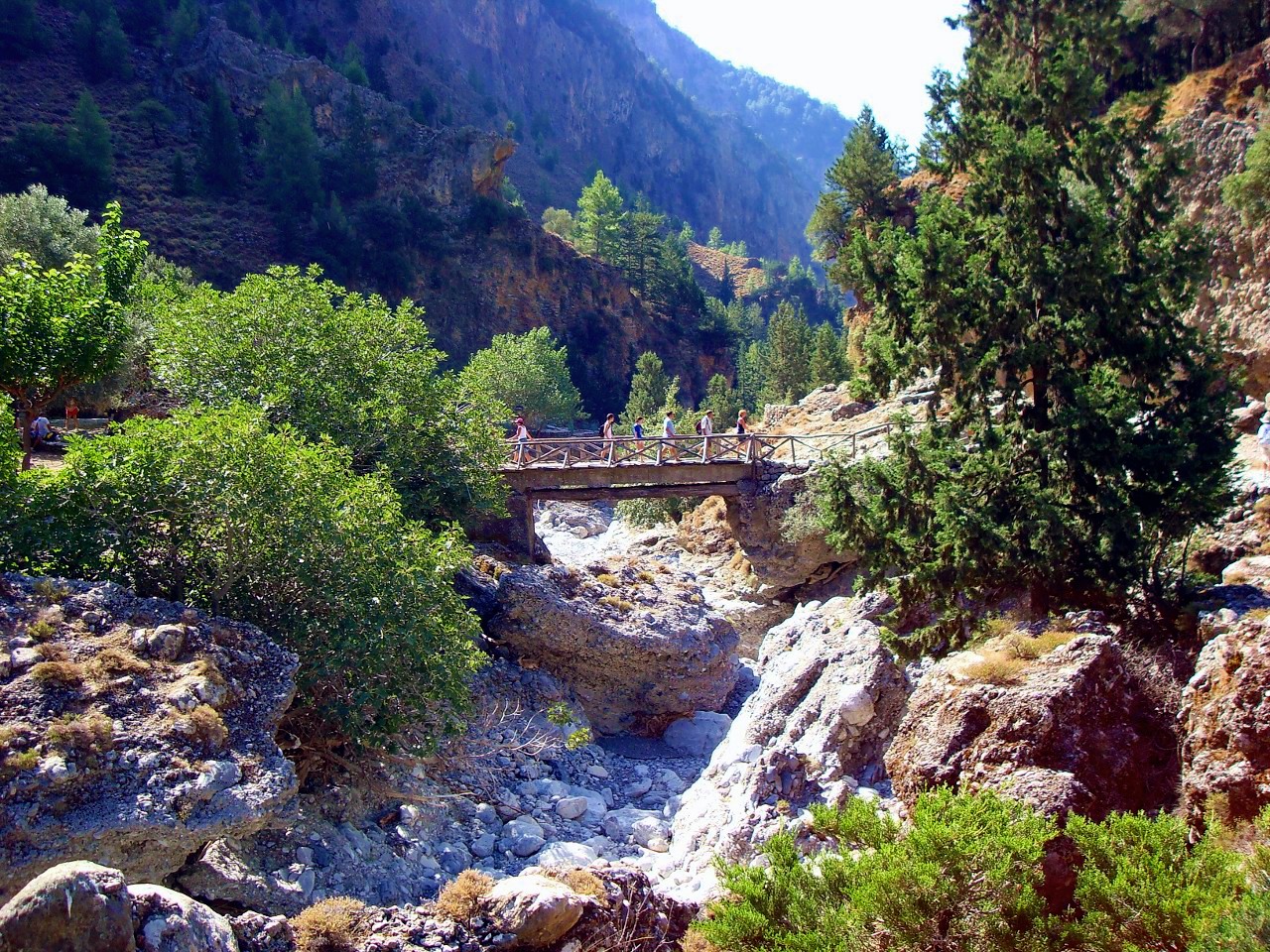 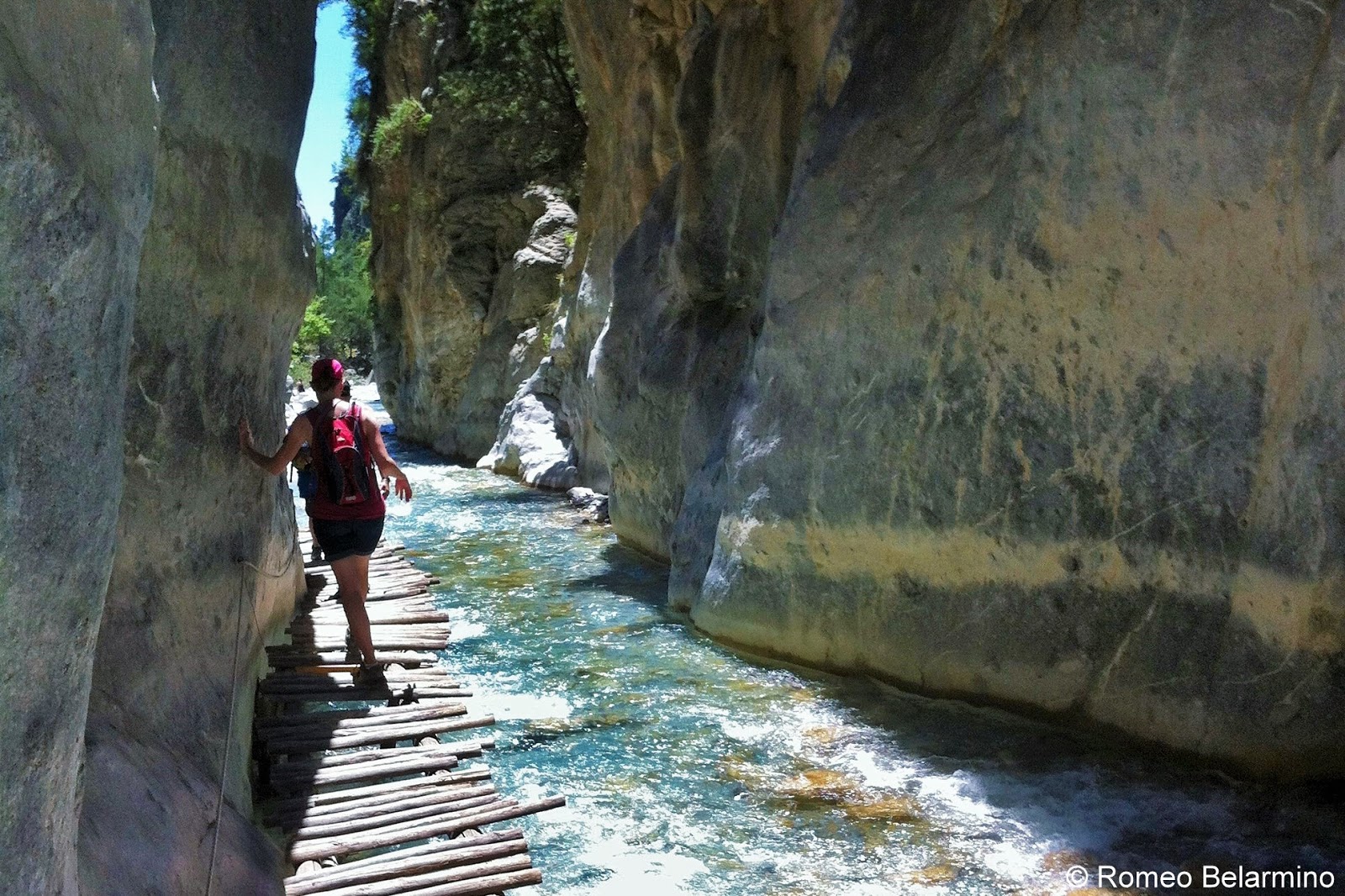 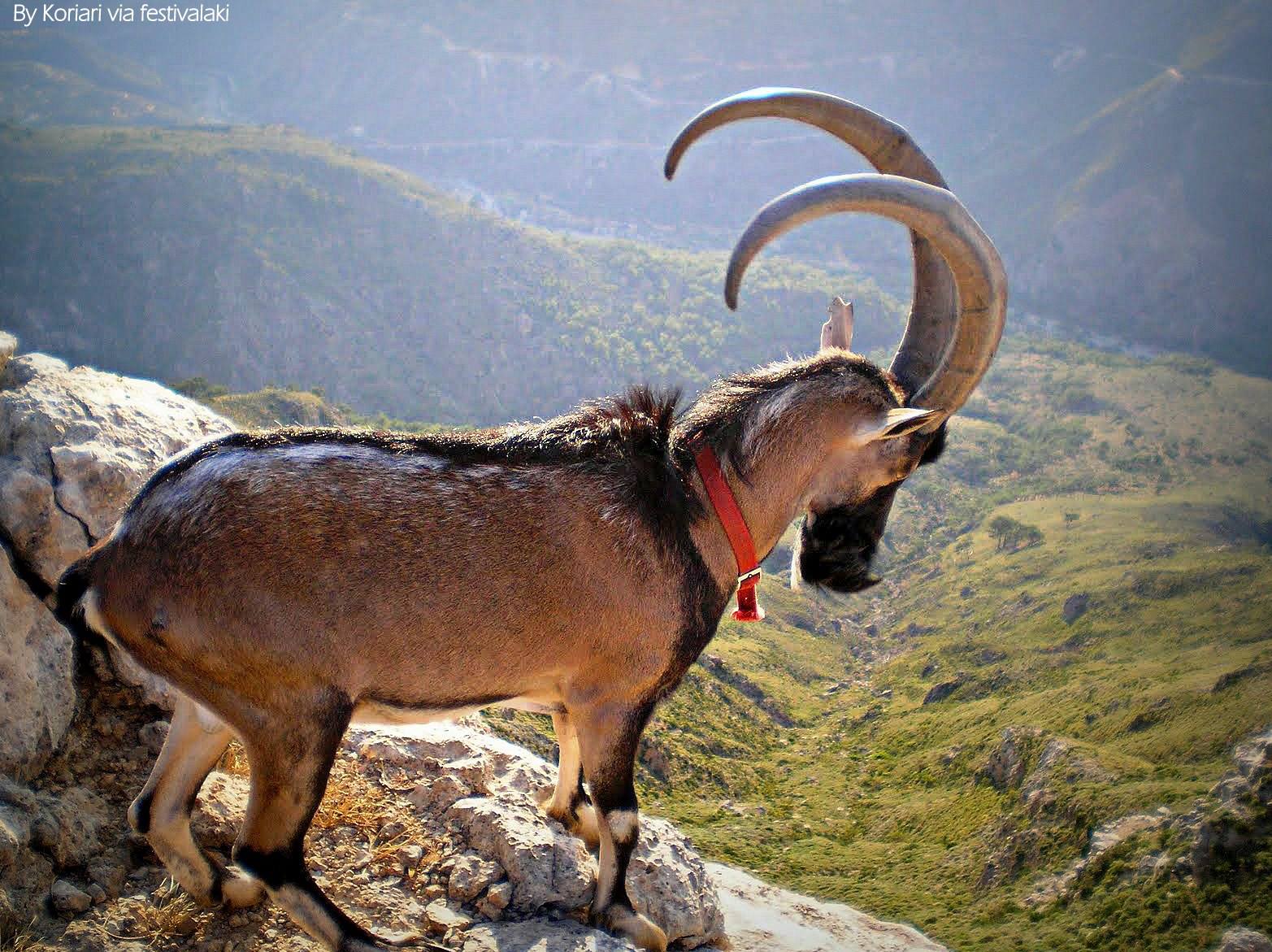 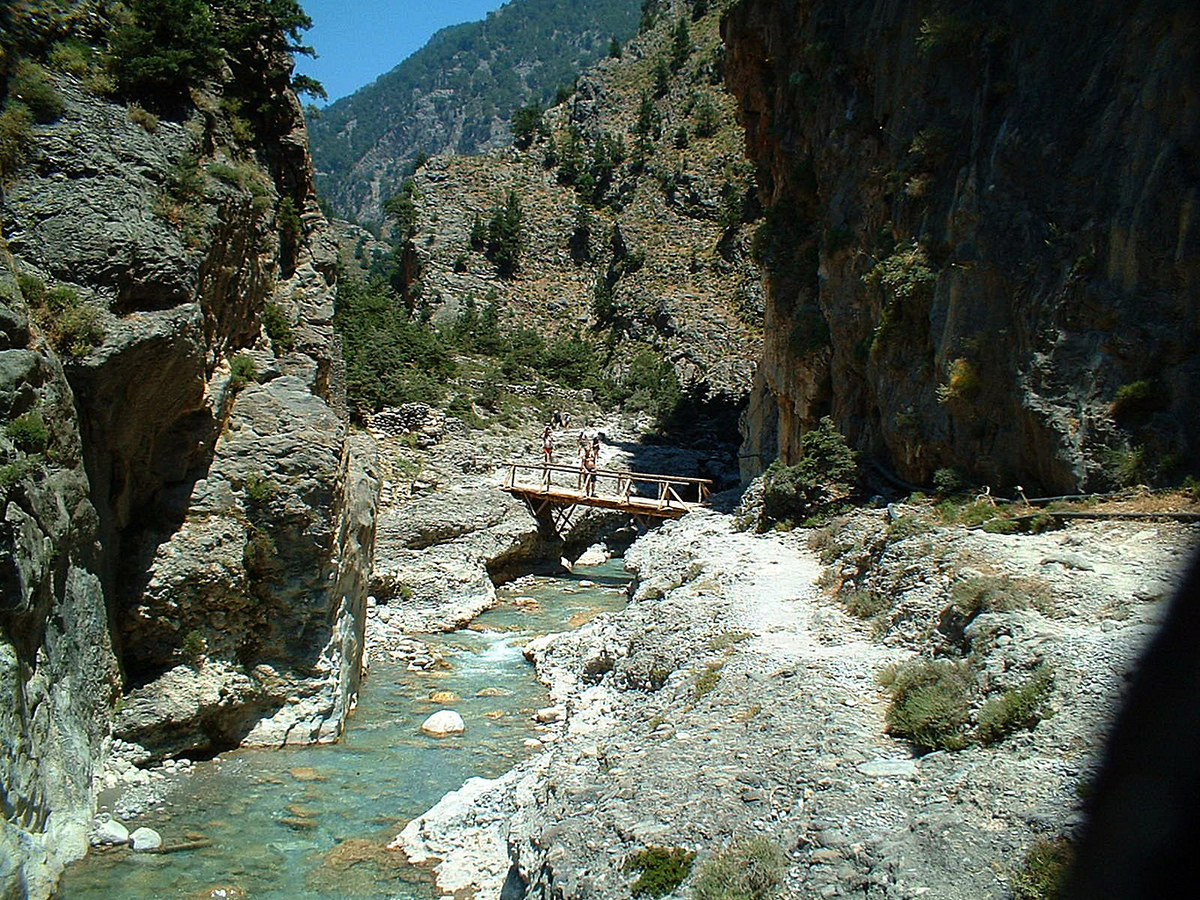 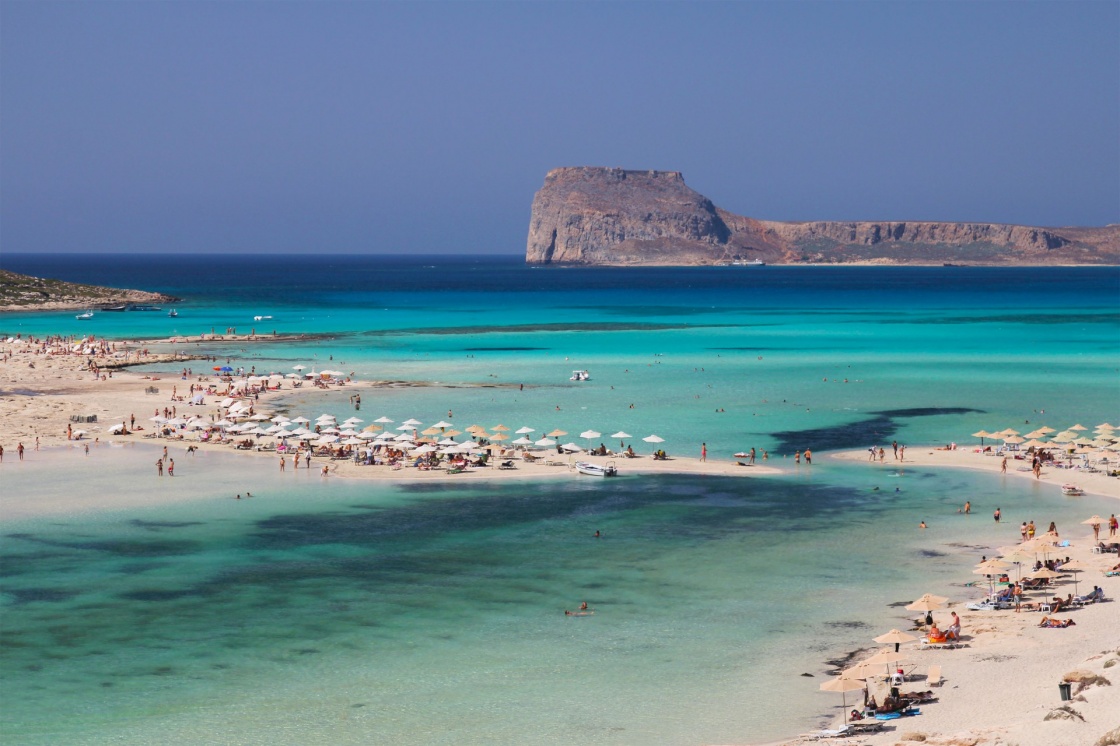 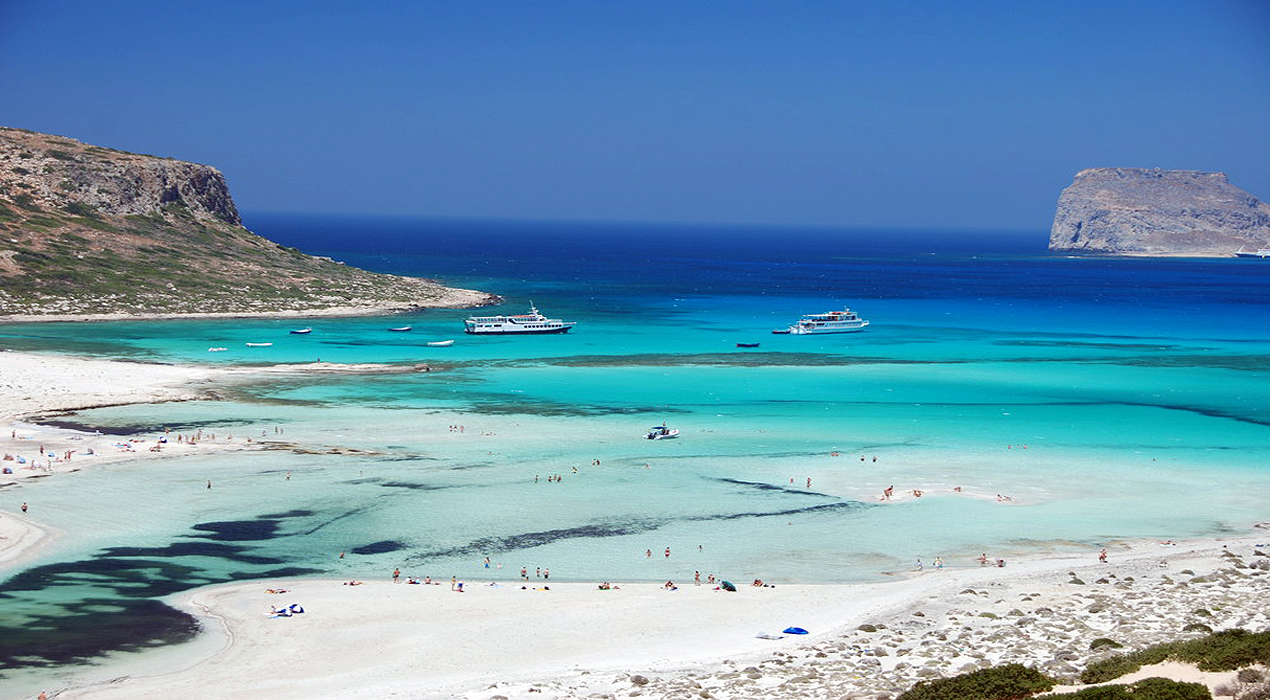 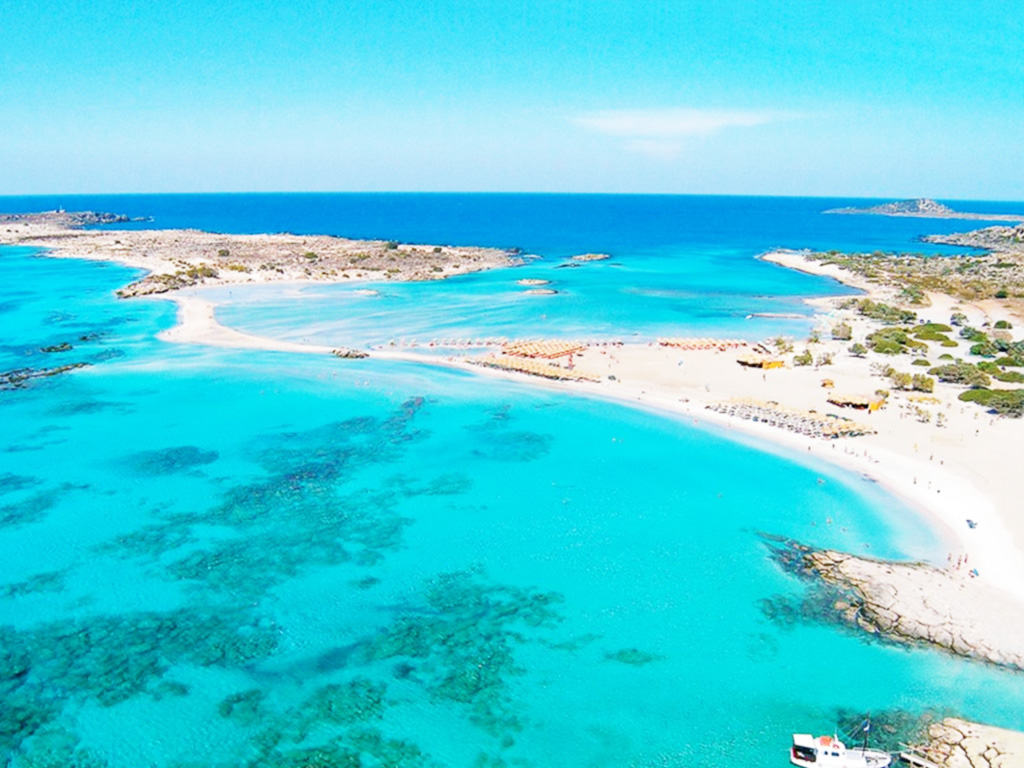 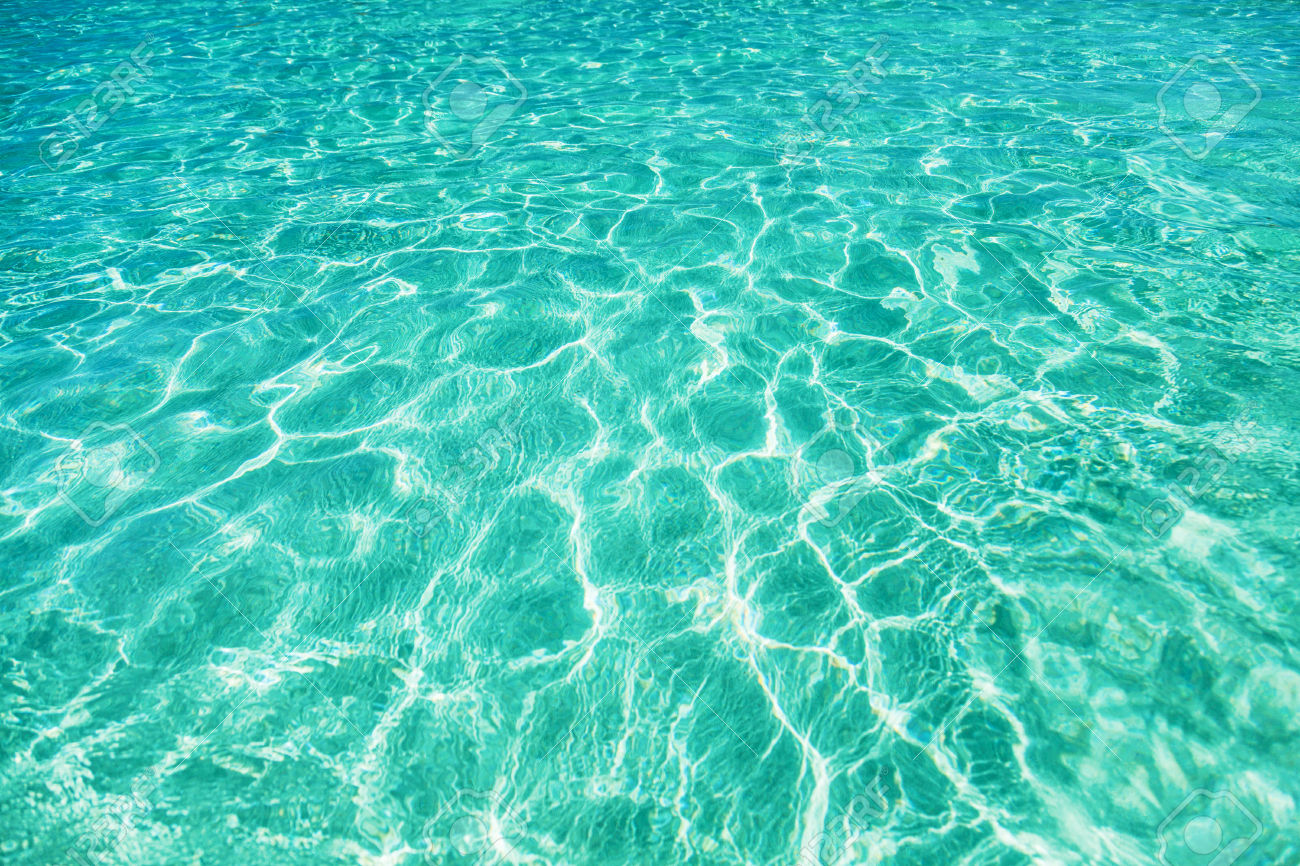